Serving the communities of Munlochy and North Kessock 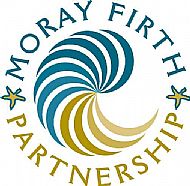 The Moray Firth Partnership is celebrating the official launch of SCRAPbook - Scottish Coastal Rubbish Aerial Photography -  which involves pilots and observers taking to the skies to photograph areas of the coastline where they spot litter or pollution.  This concept, first devised by the Moray Firth Partnership, has developed into a national collaboration with Sky Watch Civil Air Patrol and the Marine Conservation Society.

Sky Watch pilots have flown over sections of Scotland's mainland coast for the last few months taking photographs when they see litter on the coastline. These have been classified by volunteers on a scale of 1 to 5 (with 5 being the worst) and uploaded to the online map.

The map can be used by anyone from local communities and businesses to a kayak club that can help get to those hard to reach areas. Schools, groups, water sports clubs and councils are all being urged to use the website to find out where the worst affected areas are and where efforts need to be focused.

The launch of SCRAPbook attracted UK media attention reaching more than 23 million people as a result of coverage  on BBC radio and TV and all UK and Scottish newspapers. The BBC Scotland coverage includes the launch video, which you can see here.

Vicky Junik, manager of the the Moray Firth Partnership said: "We hope that SCRAPbook will become an invaluable tool to everyone tackling the rising tide of marine litter. The easier it is to find out where the litter is, the easier it is to mobilise clean up efforts, and we’ve tried to focus on the less popular or harder to reach parts of the coastline, so we can build a really comprehensive picture of the reality and scale of the challenge; a challenge everyone can help tackle.”

See the map at www.scrapbook.org.uk 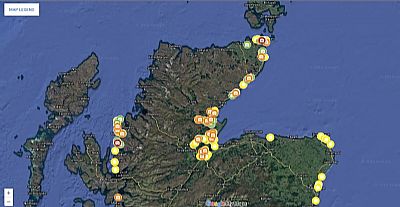